Find a newspaper Friday
Posted by Anna Wells at 09:33 No comments:

A Crazy Vermonter's Book Reviews: Relentless by Anna Wells: Jordan really is relentless when is comes to Michaela, that boy stops at nothing to get what he wants, "his hand moved down her ba...
Posted by Anna Wells at 20:15 No comments:

Booksessions: Relentless by Anna Wells: The last thing Michaela Prentice expected was to end up in bed next to her friend Jordan Marsh after a wee bit too much champagne. The...
Posted by Anna Wells at 12:34 No comments:

Channelling Colee Book reviews: Relentless-eARC review: Relentless by Anna Wells My rating: 4 of 5 stars I thought the story was good, It had several prime points that made it not like other b...
Posted by Anna Wells at 05:13 No comments: 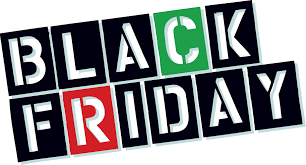 Buy Trust Me on All Romance

Lawyer Alaina Simmons never imagined that she would be defending her deceased father against accusations of terrorism when she agreed to protect his legacy, a group of documents he'd placed with an archives.  FBI Lawyer Donovan Prentice insists that her father and the organization he worked for were terrorists and that crucial evidence is in the documents Alainia has sworn to protect.  Now she is forced to combat the FBI and her compelling attraction to Donovan Prentice while she is unaware that she is also Donovan's suspect.
Special Agent Donovan Prentice is working undercover posing as a lawyer in an attempt to gain access to the evidence he needs to convict a group of terrorists as well as determine if Alaina Simmons is working with them.  Things become complicated when he becomes more interested in getting his suspect in bed than putting her in jail.  When the bullets start to fly and the lies begin to unravel Alaina and Donovan begin to explore their intensely sexual relationship, but the couple will have to learn to trust each other both in and out of bed before the terrorists' game of intrigue can end.
Warning: This books contains steamy sex scenes and amusing banter.


Buy Relentless on All Romance

The last thing Michaela Prentice expected was to end up in bed next to her friend Jordan Marsh after a wee bit too much champagne.  The sex was incredible but she doesn’t want their one night to ruin their friendship.
The last thing Jordan Marsh wants is to remain friends with Michaela.  They’d crossed the line from friends to lovers and that was where he was going to stay, after all he’d been relentlessly plotting her seduction for months.
Now Michaela has woken up to a slight hangover, a relationship with a guy she thought she knew, a mother planning a wedding, and a brother and a best friend who think it’s important to run a background check on your new man. What could be more normal?
Just as Michaela is beginnings to adjust to the status of their new relationship things start exploding; literally.
Warning: This book is funny, steamy and contains sex scenes with chocolate that some readers might find delicious. 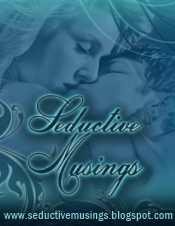